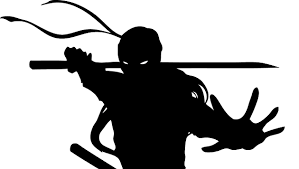 Great networkers don’t follow the same path. Some seem to know everybody and connect you at the drop of a dime. Others seemingly make it to every networking event within a 50-mile radius. And then there are those who uplift everybody in the room by their energy and propensity to connect and help others. These are the types of people who should be nominated for My Pinnacle Network’s third annual Networking Ninja awards.

For the third annual awards, My Pinnacle Network is seeking nominees in the following categories: Best Connector (helping bring people together); Most Ubiquitous (appears to be at every networking event); Most Altruistic (does most for others); and Brightest Beacon (adds energy to networking events).

You can vote for your favorite networker here or by clicking on the link in the My Pinnacle Network home page.

Voting began last week and will end on February 28. Nominees must be B2B professionals or small business owners whose customers are other businesses. Non-My Pinnacle Network members are also eligible.

Winners will receive a customized trophy, in addition to recognition at a My Pinnacle Network event and promotional materials.

“Networking, sharing information and opportunity, is what makes the world go round,” noted Steven V. Dubin, one of the founders of My Pinnacle Network.  He continued, “The Networking Ninja Awards recognize the contributions of our areas best connectors, best networkers and encourages everyone to open their doors and databases to help each other.  Both whimsical and pragmatic, these awards will provide recognition for many who typically do great deeds and humbly hang is the shadows.”

Click here to vote for your choices for the best networkers in the area.